We landed in Sweden, my mother and I, and got ready to meet my father at the airport. It was just the two of us that day; my grandmother was not with us. The lone figure of the shriveled old woman waving goodbye in Beijing had been as firmly rooted to the land as I was decisively bound for a new one. Kneeling on the backseat in the car with my eight-year-old face flush against the rear window, I watched her figure become smaller and smaller through its frame. As we bumped slowly away, she became a mere dot in a landscape containing an old movie theater, some unkempt shrubbery, a dusty road, and a dull apartment.

Grandmother’s eyes that day, I remember, were pools half obscured by the heaped furrows of her skin. They looked older than the world. In her seventy-seven years of life, my grandmother understood better than she ever intended what it meant to say goodbye: four children, a husband, and now her youngest grandchild. The child that I was, however, did not understand the finality of the goodbye, and did not feel that this moment of separation needed to be, well, momentous. After all, goodbye in Chinese, zai jian, means, “will see you again.” But sometimes falsehoods fall from the lips of even the most sincere.

My grandmother left the countryside where she married, birthed, and buried in order to help her daughter raise me in the bustling city of Beijing. She was my constant and reliable caretaker from my preschool to early elementary years. She was mother and father to me while my parents labored in their respective careers. She fed me and tried to make sure I never went hungry like her children, who had nothing to eat but dried radish and rice, and an egg once a year to celebrate a birthday. Like her peasant neighbors, my grandmother grew some vegetables behind the house, but the vegetables, sold at the local street market, were the only income she had to buy that rice and radish and once-a-year egg. Fortunately for me, my ambitious parents managed to pursue their education to the city, and provided me with vegetables, eggs, milk, and even meat. Ironically, I never wanted to eat as a child. By the time I could wobble around like a penguin attempting to run, my grandmother began chasing me around the apartment with a full bowl and laden spoon.

When I was old enough to go to preschool, my grandmother walked me there in the morning and picked me up in the afternoon. As soon as the shrill bell signaled daily dismissal, the other kids and I would run through the school’s main hallway to beat each other outside. My backpack would bump right, left, right, left, right, left on my skinny back until I burst through the double doors, panting and ecstatic.

I needed only to look across the school courtyard and she would be there by the gate. She did not miss a day, not even a minute. In fact, I suspect she came half an hour early and waited, the way she did for every person and event in her life. Silently and unfailingly she stood waiting for me, like a figure in a dream: steady, quiet, persistent.

In my memory, a faded blue outfit of homespun cotton, the peasants’ simple garb, perpetually hangs on her skeletal figure. The seat of her pants sags around her hips, enveloping not a single ounce of fat, vacant as her old nest in the countryside.

I would walk toward her and place my little hand in her larger, but no less fragile one, made beautiful through handling rough farming tools for almost seven decades under the Jiangxi sun, whose heat earned the region its nickname, “oven of China.” Her hand’s bronzed, leathery skin clung to bone like a prune’s outer covering clung to its pit. The joints swelled and the yellow-green veins stood in low relief. This hand would wrap around mine and bestow it all the warmth, love, joy, and tenderness the old woman possessed in her entire body, withholding nothing for herself. This is how we would walk home.

From the life-giving center of my marrow, I now sense that this faithful woman loved me better than anyone else in this world. Of course, she never expressed it in words. That is not our culture.

My grandmother left the countryside and the only home she knew at the ripe age of 73 to take up a full-time job as my caregiver. Nobody asked her to do it—she was a willing and humble servant who offered herself without moderation, or expectation of return. If my grandmother ever hoarded anything for herself in this world, it could only consist of her breaths. But my child’s understanding did not encompass the concept of self-sacrifice, the art of love. All the while in the car ride to the airport, I thought only of the fact that I had forgotten my brand-new yellow watch on the TV counter.

We had moved; she had stayed. I emerged from my airborne journey of twenty-four hours and peered into the sunlight of a foreign August sky. When the dark spots in front of my eyes cleared, I gazed across the courtyard of the airport. I thought I saw a figure in front of my mind’s eye, but it dissolved into mere gaseous vapors from the exhaust of an airplane.

Never would that figure stand there again. 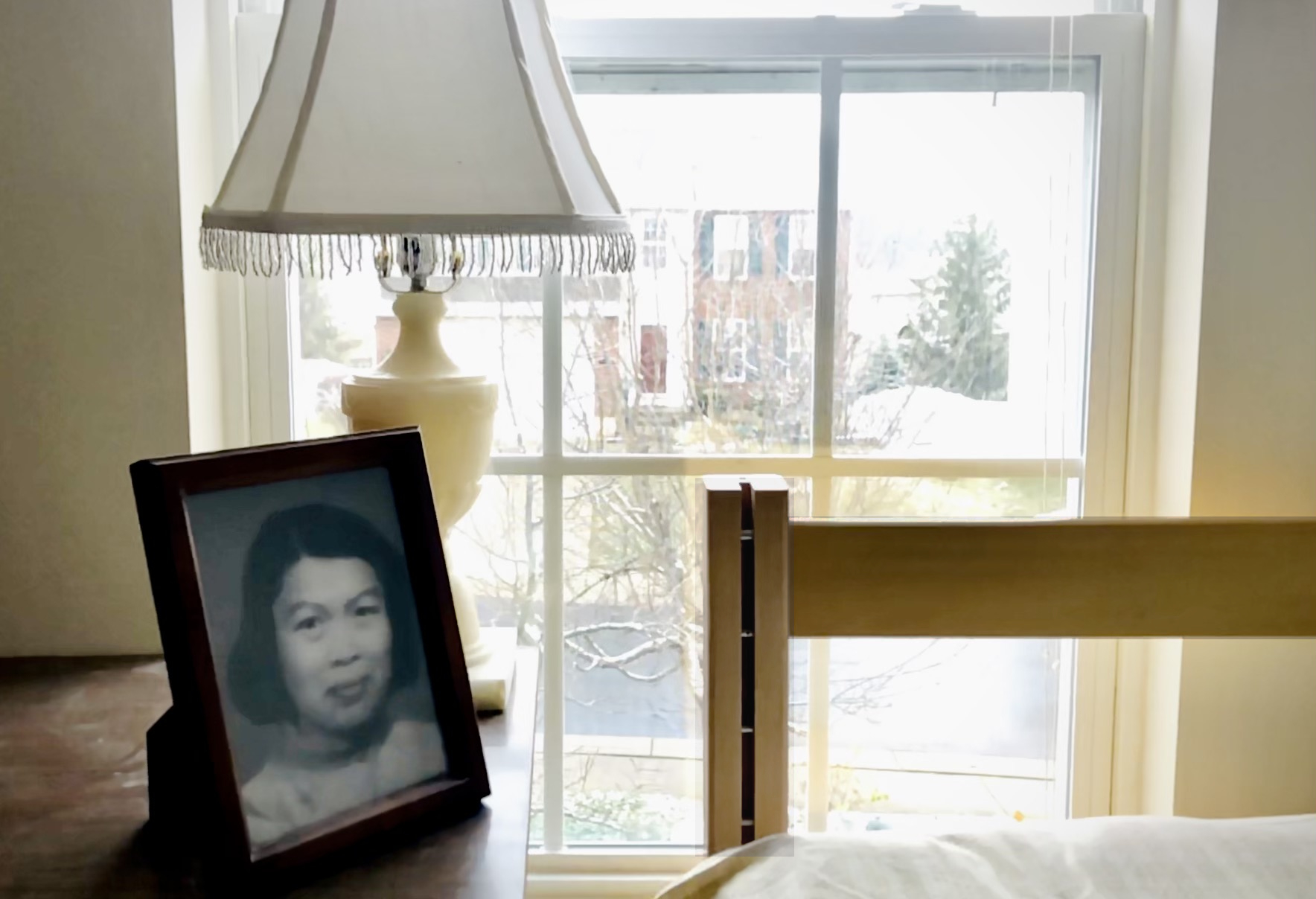 Ruirui Kuang was born in China, moved to Sweden at eight, and America at age 11. She is a storyteller and visual artist, and her creative work centers on social justice issues, her Christian faith, and her Asian-American heritage. Currently residing in Washington DC and working across the nonprofit, government, and business sectors, she is constantly exploring the multiple identities within herself and others to create artifacts with universal appeal. You can find more of her work on Instagram @rui_paints or contact her for special collaborations at rui.paints@gmail.com.

The featured image at top is a detail from the painted scroll Farewell at the Bridge of the Hanging Rainbow, attributed to Tang Yin, datable to 1508, The Metropolitan Museum of Art, bequest of John M. Crawford Jr.

Other photography and text © Ruirui Kuang.